The cost of living in Georgia. Tbilisi Public Transport

If you are planning to use public transport you should buy the card “Metro money”.

“Metro money” card is a universal mean for payment in municipal transport. The cost of the card is 2 Lari.

Purchasing “Metro money” card is possible to any payment office of metro stations and Rike-Narikala wire rope. The card is not personal, so you don't need ID to take the card.

You can plan your trip on Tbilisi Transport Company (Tbilisi Bus And Metro)  web-site. Also, the Map of Tbilisi transport system may be useful. 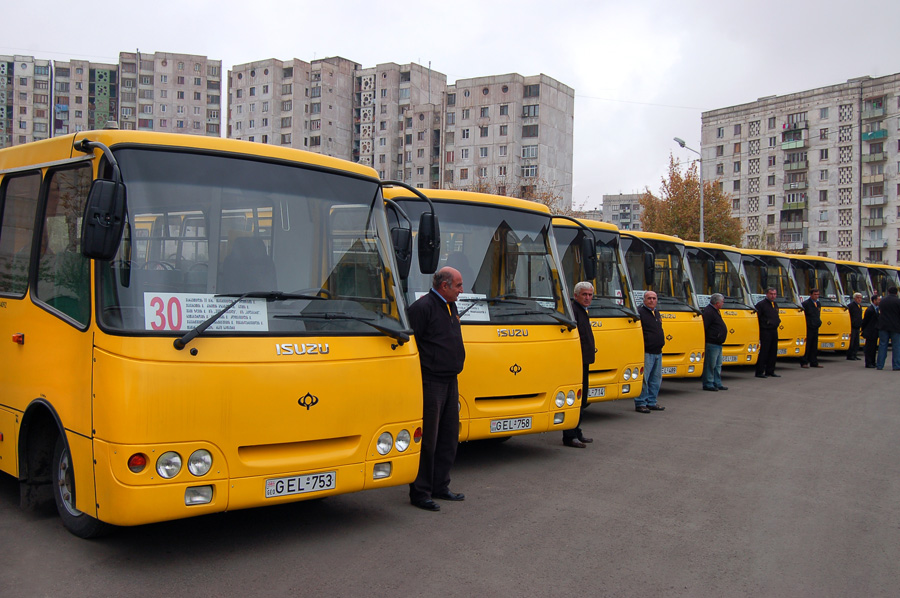 The Buses run at fixed times from 7 am till 12 pm. Early in the morning and in the evening they run infrequently. They only stop at specified bus stops.

Tbilisi Underground called the Metro for "Metropolitan". Tbilisi metro has two lines and 21 stations. It operates from 6 am to 12 pm.
The cost for entrance is 50 Tetri. The entrance is only with the card "Metro money".

Each passenger who uses the "Metro money" card while travelling by the public transport (only Bus and Metro) pays 50 Tetri for the first time travel and for the next hour and a half he travels by Buses and Metro for free. 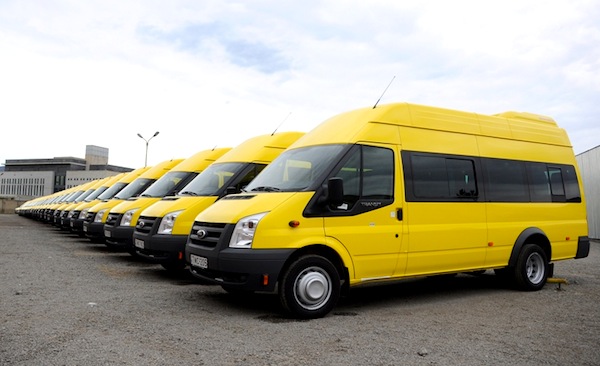 If you'd like to travel by minibuses, known as Marshrutkas, you can catch it basically at any spot you wish (except: Chavchavadze Ave., Melikishvili St., Rustaveli Ave. and Freedom Sq.) as the minibuses have no fixed stops.

The passenger may ask the driver to drop him/her off at any place he/she desires. Mini-buses usually cost 80 Tetri. They run from 7 am to 12 pm.

The passenger who uses the "Metro money" card pay for the first time travels 0.80 Tetri and for next travels during the day, he pays 0.65 Tetri.

Tariff for travelling by ropeway of Rike-Narikala and a funicular up to Mtatsminda Park Cost of travelling in one direction is 1 Lari.
Travelling is possible only under usage of the "Metro money" card.

Taxis are one of the quickest ways of getting to a destination. They can be found almost anywhere.  Fares are very affordable, and should never cost more than a few Lari.  Always verify the cost of the trip before you get in the car.

The price in center regions of Tbilisi is from 3 to 5 Lari.  Other destinations are from 5 to 10 Lari.  Taxis are everywhere on the main streets, so don't be shy of asking for a good price.
Also, you can call to Taxi service, the tariffs are always lower.

I HAVE CONTACTED THE KM COMPANY BEFORE MY TRAVEL TO TBILISI IN MAY 2016 WITH CERTAIN QUERIES REGARDING THE CONDITIONS OF BOOKING AND OTHER PROCEDURAL ASPECTS OF THE BOOKING. MR. IRAKLI, A COMPANY REPRESENTATIVE HAS PROMPTLY REPLIED ANSWERING ALL THE QUERIES AND ALSO HAD A CONSISTENT FOLLOW UP DURING MY ONLINE BOOKING PROCESS FOR THE DESIRED VEHICLE AND DATES IN TBILISI GEORGIA. AT ARRIVAL, AS REQUESTED, THE CAR WAS DELIVERED AT THE HOTEL I WAS STAYING AND THE HAND OVER WAS DONE IN A VERY PROFESSIONAL WAY. THE CAR WAS EXCEPTIONAL AND BEHAVED VERY WELL THROUGH OUT THE RENTING PERIOD. AT HANDOVER, THE SAME PROFESSIONALISM WAS PRESENTED BY THE COMPANY REPRESENTATIVE MR. IRAKLI AND THE PROCEDURE WAS COMPLETED IN SEVERAL MINUTES. DEALING WITH A CUSTOMER FOCUSED, PROFESSIONAL RENTING COMPANY HAS MADE OUR STAY IN TBILISI MORE WONDERFUL AND CONTRIBUTED TO THE OVERALL EXTRAORDINARY AND FAULTLESS EXPERIENCE IN GEORGIA. I WANT TO THANK MR. IRAKLI FOR ALL HIS ASSISTANCE AND APPRAISE THE COMPANY HE REPRESENTS. I STRONGLY RECOMMEND KM RENTAL CARS, AS THEIR SERVICE IS 100% GENUINE, TRANSPARENT AND CUSTOMER FOCUSED VISION. THANK YOU ONCE AGAIN FOR HELPING IN MAKING OUR STAY IN TBILISI A MEMORABLE ONE. KIND REGARDS, COSMIN B.
Read more